Last week I was thinking about why the burners in boilers sometimes don’t work as well after they leave the shop.

Over the summer, these boilers are cleaned and tested. When they leave the shop, the burners work just fine. Then the boilers go up to places like Fort Nelson…Hinton…Fox Creek. Operating in the winter cold, they never work as well.

The combustion is incomplete and they emit an annoying hum. It’s the same sound you hear when a kid with an expensive car stereo drives past your house.

Many service calls have been made because of this, but these conditions are impossible to solve. We always assumed the problem was the change in altitude. I decided to test this assumption using science, specifically the Universal Gas Law. The law approximates the behaviour of a gas under varying conditions of temperature and pressure.

I compared the atmospheric pressures at sea level to the highest altitudes in Canada and the U.S. It turns out the difference is insignificant, less than 5%. Even just opening and closing a boiler room door generates a 5% difference in pressure.

Was air temperature the problem? In the worst case, the boiler would be tested at 35C on a hot summer day, and be put to work at -35C in the dead of winter. In degrees Kelvin, that’s a 10% difference. It’s a bigger effect, but temporary, because once the boiler gets going, the room warms up. 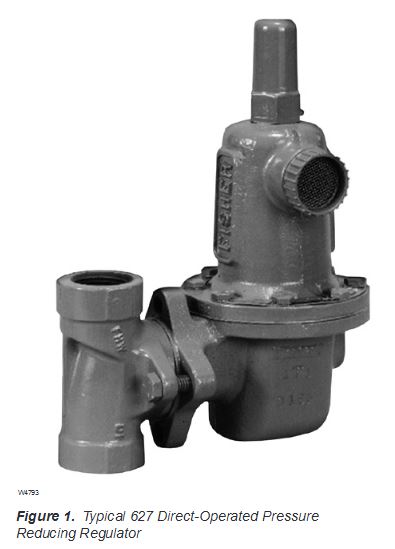 The third variable in the Universal Gas Law is the fuel. The standard remote site installation uses natural gas. The gas is run in through pipes that lie in or on top of snow. This reduces the temperature of the piped-in gas. But again, once the room warms up, the gas warms up too.

Finally, I considered the pressure reducing regulator, the device which takes the gas pressure from 40 psi down to 5 psi. Sometimes called a “little joe” (officially the name of the Fisher 627 Series), it usually sits outside the building.

Inside the pressure regulator is lithium grease and a rubber diaphragm. According to the manufacturer’s specifications, the unit should not be operated below 5C. At extreme cold temperatures, the rubber diaphragm will definitely not work like it should.

In fact, the gas pressure will flutter. Hence the incomplete combustion and the low hum.

(Obviously, one way to fix this is to move the pressure regulator inside the building.)

Anyway, the whole episode reminded me of this: It’s great to know how things work, but it’s more satisfying to know why things work like they do.